You are here: Home / News / Robert Hall is Supported to Succeed

This article was written and shared by Opportunities for Ohioans with Disabilities.

Robert Hall lives with Sheila Morrison, his aunt, in Marion, Ohio. “I took custody of him because I believed in him and his ability to be successful. Anytime we took him somewhere, he was always able to follow instructions and do whatever was asked of him,” said Morrison.

One day, Hall shared with his aunt that he wanted to work in the community.  Morrison contacted Mandy Javens, Hall’s Service and Support Administrator through the Marion County Board of Developmental Disabilities (Marion DD), to discuss what might be possible.  When Mandy learned that Robert was interested in employment, she referred him to OOD.

Audrey Mueller, Vocational Rehabilitation Counselor, helped Hall complete a community-based assessment to determine what job tasks he might be suited for and his interests. Following the assessment, Hall began a work adjustment training at Rural King through the employment services provided by Marion DD.  After a few weeks, he gained skills that would transfer into a permanent job. After work adjustment training, Hall and his aunt selected to work with Marca Industries, Inc. Valerie Rinehart, job developer, helped Hall find a job at Arby’s. Nikki Hancock, job coach, helped Hall learn the job tasks and build a routine for success.

“Robert is very self-motivated and will move from task to task without prompting,” said Rinehart.  “Once he learned his job, we never had to go back to retrain him on anything! Arby’s is so pleased with his progress,” she added.

Hall’s job at Arby’s includes greeting guests as they come in the restaurant, cleaning tables and the beverage station, and stacking products.

“Since day one, Robert has brought a huge amount of positivity into our store. Whenever a new task is asked of him, he always does it with a smile. Even though sometimes they are tasks he is not very fond of, he still works his hardest to get them done,” said Mickala Jacobs, manager at Arby’s.  “It is so nice to see him with a smile on his face from the time he clocks in until the time he clocks out. It just reminds us to do the same. He has had his challenges and sometimes needs a little push, but he always does a great job. Everyone here loves having him as part of our team,” she added.

Mueller explained: “Robert likes to meet new people and try new things. He has gained confidence with every new success he has managed.  When he is not working, Robert continues to attend Marca Industries’ day program to continue building his social skills. I recently ran into him there, and he was proudly wearing his Arby’s apron and sporting his nametag! We are all so proud of how far he has come.”

When asked about his job, Hall said, “Arby’s is beautiful to me!” He shared that he has used the earnings from his paycheck to purchase clothing and movies. He is also saving to buy new furniture for his bedroom.

Congratulations to Robert and his team!

To find out more about the employment assistance OOD can provide to individuals with disabilities, visit www.OODWorks.com. 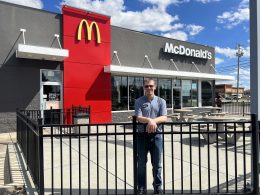 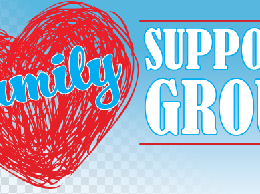 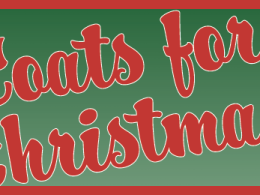